ndia is the third largest rapeseed-mustard producer in the world after China and Canada with 12 percent of world’s total production. This crop accounts for nearly one-third of the oil produced in India, making it the country’s key edible oilseed crop. Due to the gap between domestic production and actual consumption of edible oils, India has to restore to import of edible oils. Mustard seeds and its oil is used for culinary purpose.
Young leaves are used for vegetable purpose. Its oil cake is used for feeding cattle. Rapeseed-mustard is the major source of income especially even to the marginal and small farmers in rainfed areas. Since these crops are cultivated mainly in the rain-fed and resource scarce regions of the country, their contribution to livelihood security of the small and marginal farmers in these regions is also very important. This crop is suitable for cultivation in the foot and mid-hills of the state. Due to its low water requirement (80-240 mm), it fits well in the rainfed cropping system. The toria crop is mostly sown in low fertile land and ignored area due to this reason it is attacked by many insect-pests and diseases those reduces the yield and seed quality.

SPACING AND METHOD OF SOWING: It is sown with drill or pora attached to plough with 30 cm row to row spacing and 4 – 5 cm deep . Thinning is done three weeks after sowing to maintain plant to plant distance as per requirement.

FERTILIZER APPLICATION: To reduce cost of cultivation and environment pollution, it is suggested to apply fertilizers on soil test basis (apply 20 % more or less nitrogenous fertilizer to the soils having poor or high organic carbon, respectively) or farmers can use 55 and 50 kg of urea and superphosphate (SSP) per acre, respectively at the time of sowing. Prefer phosphorus from single superphosphate as it contains sulphur along with phosphorus If this fertilizer is not available, apply @ 80 kg gypsum or 13 kg bentonite-S per acre at sowing particularly in sulphur-deficient soils along with nitrogenous fertilizers 26 kg DAP per acre.

WEED CONTROL: One hoeing is sufficient after third week of sowing with improved wheel hand hoe.

IRRIGATION: The crop should be sown with heavy rauni. If required, one more irrigation be given at time of flower initiation.

HARVESTING: Timely sown crop is ready for harvesting in 1st week of December when the pods turn yellow and seeds become hard. To avoid shattering losses, harvesting should be carried out in the morning hours. During harvesting crop should be cut close to the ground via sickle. The harvested crop should be stacked for 7 to 10 days before threshing. After proper drying of crop, complete the threshing operation. Cleaned seed must be dried in the sun for 4-5 days or till the moisture content reaches downs to 8.0 per cent. Seeds should be stored in gunny bags or bin after proper drying.

PAINTED BUG: Bug is black in colour with red and yellow lines. It destroyed crop at germination stage also at maturity. The nymphs and adults suck the sap from the foliage and leads to drying of the crop. Application of irrigation 3-4 week after sowing help in reducing pest population.

HAIRY CATERPILLAR: The larvae feed on leaves, young shoots and green pods. Young larvae they feed gregariously but the grown-up caterpillars migrate from one field to the other. When in the gregarious stage, they can be easily controlled by picking and destroying the infested leaves.

LEAF MINER: The larva of this insect is small and whitish called maggot. The young maggot mines zig-zag galleries in the leaves causes’ heavy damage. At the appearance of insect, spray the crop with 400 ml Rogor 30 EC (dimethoate) or 80-125 litre per acre with manually operated knapsack sprayer or apply 13 kg Furadan 3 G (Carbofuran) per acre followed by light irrigation.

ABOUT THE WRITERS
The writers, HS Randhawa, V. Sardana and AK Toor are from the regional research station Gurdaspur and Oil Seed Section Department of Plant Breeding and Genetics of the Punjab agricultural University 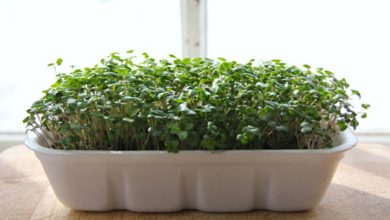 HOW TO GROW MICROGREENS AT HOME 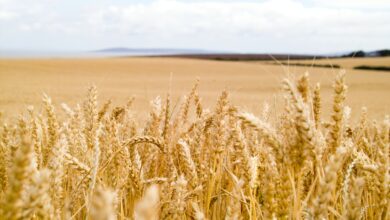 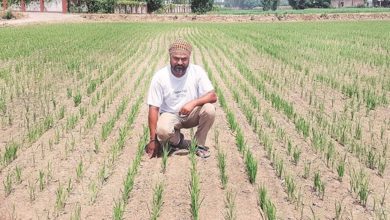