eet Nek Singh (75) of village Khokh in Nabha of Punjab. From being a ticket collector in Punjab state roadways when he was a normal farmer struggling to survive he has changed his destiny with sheer hard work, enterprise, and finding a hot chilli crop. Now, he sells special variety chilli saplings to growers in Punjab, Haryana, Himachal Pradesh and Uttar Pradesh and is a respected name in his field. Before knowing more about futuristic farmer Nek Singh, let us discuss the economics of growing chillis and developing its saplings.

Chillinomics Make farmer Rich One acre nursery Nek Singh grows produces saplings for 285 acres. He sells saplings for one acre at cost of Rs 4,500 to 6,000 and net earnings from selling saplings is Rs 26 to Rs 50 lakh a year. The season for growing saplinsg is 5 months season from November to March. Speaking about the input cost Nek Singh said it’s a labour intensive avocation and cost of labour, logistics, infrastructure, seeds for
saplings is 2.5 lakh per acre. According to him, he gives Rs 50 per hour to the workers who work on his fields.

“One acre grows 180 to 220 quintal green chilli, 200-quintal red chilli, subsequently, Green chilli price Rs 12 to 25 a kilogram and gross incolme from an acre by selling chilli is Rs 6 lakh per acre,” said Nek Singh according to him the things in the business have changed as here are lots of farmers who have started growing chilli and selling chilli saplings but still its much profitable than growing normal rice and wheat. .

Nek Singh has contact with farmer in Kopla district of Banglore and they have started making seeds for him which Singh will bring to Punjab to make saplings in the month of November.

He hires women of poor families from the area and pays them Rs 50 an hour to do labour on his farm and employs atleast 100 women in a year to look after the nursery, picking chilli, and help with other
activities. “Women workers make monthly earnings Rs 10,000, and it is a matter of great satisfaction for me,” this futuristic farmer told www.cropsfarming.com.

Advice by Experts is key to success Nek Singh started carrying out trials on behalf of the PAU and Indian Agricultural Research Institute (IARI) in 1991. Then he discovered that it’s a crop that gives rich returns and scientists from the Indian Institute of Horticultural Research (IIHR), Bengaluru, also came to his helped to understand the the chili field better.

“Experts and scientists from all over India helped me to take part in the in trials on CH -1 chilli variety of. Year after year, I kept improving the variety, using the skills gained from experts. Most of the other chilli farmers don’t know how to prepare nursery,” this farmers from village Khokh told www.cropsfarming.com. He has a MoU with Punjab agricultural university for research and chilli cross breeding.

COVID19 taking toll Nek Singh fear that this time his business of selling chilli saplings would suffer as due to lockdown he was not sure homw many farmers from far off states of Uttar Pradesh and Himachal Pradesh would approach him for buying saplings. “But I am would produce saplings, however it seems a risky proposition this time,” he said. Know more about enterprising farmer Going back in past, 50 years ago Nek Singh had to drop out form class XI and joined his three brothers in tilling his family’s 13 acres. By 1965, when Green Revolution was catching up in the state, then 20-something Nek Singh decided to install a tube-well on his farm. With a loan Rs 3,500 loan, he bought a Kirloskar engine, to extract water. He assembled the engine himself, which according to Nek Singh was a huge investment during those days.

Growing paddy and wheat was the mandate of the government in early 1960s as it used to give good return and steady income by way of assured government purchase and minimum support price. “But I was not satisfied. I wanted to earn more. By 1980s, I had started meeting scientists and agricultural experts,” he said. According to him he remained in touch with scientists of Punjab Agricultural University (PAU) and got involved in tests on cotton-and-tomato crops. Growing tomato gave him good income from 1988 to 2000. “Chilli came into picture in 1991, and since then there is no looking back,” he told cropsfarming.com adding: “My business is growing each year.” 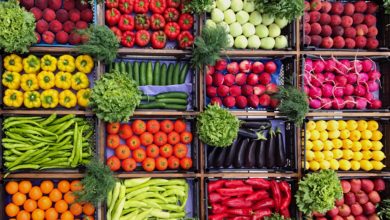 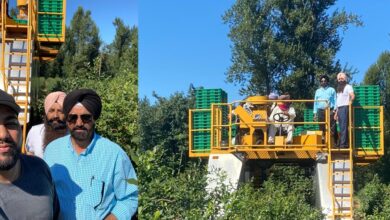 THIS PUNJABI HAS EARNED NAME AS BLUEBERRY GROWER IN CANADA 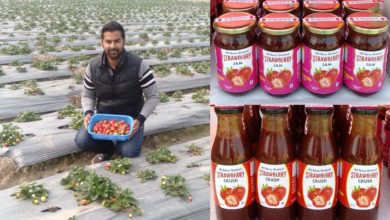